THE VECTOR HAS BEEN DESIGNED TO BE THE WORLD’S LIGHTEST HIGH-PERFORMANCE CARBON
SANDWICH WING BOARD!

Wing Board With The Vector – Advanced to Expert Wing-board.

The Vector gives you the best flotation for size allowing you to generate instant forward motion and stability as soon as the wing powers up. The smaller dimensions and ultra-lightweight, (between 3.8 to 4.5kg) makes the vector feel alive underfoot, she responds instantly to even the smallest inputs, allowing you to perform turns and jumps that you did not think was possible.

The bottom contour has a unique shape that encourages plaining, and release from the water surface. The centre of the wing foil board has a flat plaining surface that starts at the nose and widens as it moves aft. The Double channel in the nose flows aft and exhausts out to the side through depression in the rail allowing the channeled water to escape before the flat aft section. The Vector also features a small kick in the rail making it easier to trim to foil. 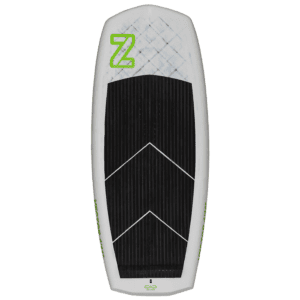