Zeal Surf recently released their Rocket SUP Surf, here is the low down of that board:

The Rocket is basically a cut off rectangular “slate” or slab, this kind of SUP is a Mini-Sims inspired concept BUT…. with modern improvements. It is their most dynamic small wave performance board. The 2017 Rocket design has been updated. This includes a thinner nose, further reducing the pendulum action, flatter deck for more standing comfort, and better volume distribution, for improved flotation and stability.

Because of the fantastic feedback they on the 2016 range, the decision was made to leave the bottom contour unchanged. They’ve worked hard to re-think the design, but give credit to the progress of those in the past. They’ve gone with a close quad fin configuration, to create a water “slot” for bite, and to increase maneuverability. The rounded diamond nose shape is more style than function, though it helps with a 360 maneuver. The diamond tail is more dynamic over such a wide board, and gives two release edges, improving speed and turning performance. There is a deep single concave in the center, fading to a double concave through to the tail, with a sharp central channel, for more grip. This works in combination with the tight quad set up. The Rocket is a thick board with a flatter deck and rounder rails to keep up the high volume required for stand up paddle boarding. It is made more maneuverable by being much shorter, with flattish outline curves, offering more speed. We have however sharpened rails in the last third, to help turning, by being able to sink the rail. Minimal overall rocker allows for good planing speed, yet enough rocker to still turn tightly in the bowl.

Must admit – I like this board…. will probably get one soon.. CTS 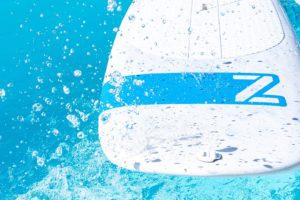 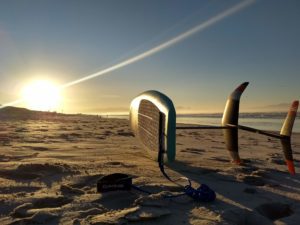 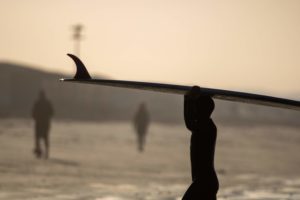